Places worth seeing in Kathmandu

June 29, 2017
Are you wondering which places to visit during your trip to Nepal? Well, we can guide you during your trip. Some of the most notable places in and around Kathmandu Valley have been described below. Believe us, they are more beautiful than we have described here.

Narayanhiti Royal Palace Museum
The former palace of where the Royal family resided was turned into the museum after the establishment of democracy in the country. Located at a walking distance from Thamel, the museum is one of the things which you should not miss. You can see how the kings of Nepal resided and you can have a glance of almost everything. Besides that, you can also see the marks of gunshot of Royal Massacre that had shaken the world. Beyond these, the feelings that you get when walking through the passage where once King walked is amazing. This is one of place that you should visit. Keep in mind that the palace remains closed on Tuesdays and Wednesdays and on the occasion of public holiday that is in the Nepali calendar. If you are from SAARC nation or resident of China then you have to pay an amount of NRS. 250 and if not then you have to pay an amount of NRS. 500.
Boudhanath 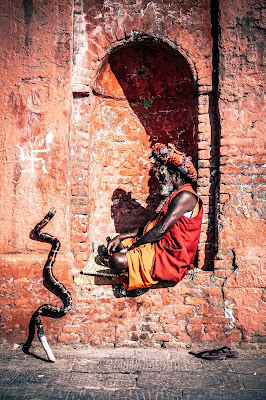 Boudha is the holy place for Buddhist all over the world. Also, it is one of UNESCO’s world heritage site and most popular touristic site. One of the world’s largest spherical stupa dominates the skyline and gives a pleasant view. Many kilos of gold is used in the stupa and that makes it more special. The environment around the stupa is so peaceful and quiet and makes it the best place for relaxation and meditation. The Buddhist hymns coming from the nearby shops adds more pleasance to your mind. Beside the main stupa, there are many Goombas and small stupas that you can visit.
Pashupatinath
Pashupatinath is another religious place enlisted in the world heritage site. The temple full of Hindu deities reflects the Hindu culture and people’s faith towards the God.  The artefacts, carvings and statues of gods reflect the amazing talent of Nepalese people. The dead body being burned in the river banks makes you realise that nothing is permanent and makes you think about your life once again. The feeling and the devotion is very eye catching.

Bhaktapur Durbar Square
Built during the reign of different Malla king, Bhaktapur Durbar Square displays the majestic artwork by the Nepalese architecture. UNESCO’s world heritage site consists of many temples and squares that will mesmerise your mind. The fifty-five windows palace, Nyatapola temple, golden gate, Batsaka temple are the major attractions of the square.

Lalitpur Durbar Square
The Lalitpur Durbar Square also gives you the magnificent views of the Nepalese culture. Built during the reign of several Malla kings, this square attracts thousands of tourist every year. The Krishna Mandir, Taleju Bhawani Temple, Bhimsen Temple and Biswonath Temple are the major attraction of the square.